Michael Asbill will be a visiting artist in Sherbrooke from January through March 2014 as part of a New York State/Province of Quebec artist-in-residence exchange. In partnership with Sporobole centre en art actuel, and in collaboration with the street and housed youth and social workers of Le Tremplin 16-30 and the Coalition Sherbrookoise pour le Travail de Rue Le Tremplain 16-30, and the graffiti collective “impair,” Michael will create a series of downtown, site-specific graffiti and sculptural lenticular installations and a culminating exhibition at Espace Zybaldone (the gallery at Le Trermplin) with the working title “Centre-ville Formations.”

The core element of “Centre-ville Formations” will be a group of photographic lenticular crystal cluster installations, created with the young adults of Le Tremplain and Coalition Sherbrookoise. Each installation cluster will present fragmented and animated depictions of the project participants’ perspectives drawn from daily life and captured through photography. Over the course of the residency, artworks will crystallize and be featured both indoors and outdoors along rue Wellington Sud, the main street downtown where most of these young people live.

Michael is working with several collaborators from both Le Tremplin, and Coalition Sherbrookoise. Both of these amazing organizations serve young adults who are dealing with a range of issues including mental health and substance abuse. Le Tremplin, as an organization, offers transitional housing and Coalition Sherbrookoise works with youth on the streets. By engaging with the participants and staff, through this collaborative project, Michael is seeking to create a sense of social connection among those involved and in doing so highlight the value of self-reflection, authorship, and the interpretation of one’s stories about one’s own life within the larger framework of community.

Some of the participants/collaborators will be loaned trail cameras (used primarily for hunting and tracking game and surveillance). They will be invited to strategically place the cameras to reveal something about their lives that they would like to share. Many of these young people regularly find themselves the subjects of surveillance. How will they use the cameras when they are controlling the surveillance? The cameras are designed to be placed in a single static location and set to take photographs on regular intervals (10 seconds to 60 minutes) or set to capture images when triggered by motion.

The captured images will be harvested and reviewed by the collaborators on a regular basis. Sets of images will be selected and used to create the photographic lenticular animations. In addition, it will be possible to use all of the culled photographic images to create stop-motion videos that can be posted online and/or screened at the gallery space.

The multi-sided crystals that are created from the lenticular prints will resemble standard (but oversized) quartz crystals, and will range in size. These crystals will be clustered in a medium of carved and painted insulating spray foam. The resulting crystal cluster animations will be activated/animated with the movement of a viewer. The stories of these young people of Sherbrooke will erupt in mineralogical form onto the streets and in Espace Zybladone, seeming to grow directly from the downtown architecture, a critical element in the cultural matrix of the city.

Youth culture street expression is already very evident in Sherbrooke in the form of richly layered graffiti. The outdoor crystal installations will benefit greatly from the contextual proximity of the graffiti. In the same way that the crystals will appear to grow from the architectural cracks of downtown, the graffiti has already spread like lichen growing over rocks, as an almost natural, environmental formation. To capitalize on this exciting synergy, Michael will be collaborating with a graffiti crew known as “impair” to create an ambitious wall installation and centerpiece for the gallery.

The work for this project will happen at Sporobole. The extraordinary facilities at Sporobole will also allow for a research component of this residency. While there, Michael will be exploring the production limits of non-commercial, photo-based, lenticular animations. The images culled from trail cameras during the project will be used to generate animated lenticular prints with as many as 36 individual frames. Given that the standard frame rate for film is 24 frames per second, each of these experimental lenticular prints will present one and a half seconds of video. The time-lapse source imagery is captured in intervals of 10 seconds or more, which means that the elapsed time represented in our 36 image lenticular print is a minimum of 360 seconds or 6 minutes. Each print will function like a very short film, but in its 2-D print form will look more like a film still. This opens the door for an investigation into the unique narrative potential of this technology, and is compounded even further by Michael’s intention to create multi-faceted crystals forms from multiple lenticular prints. 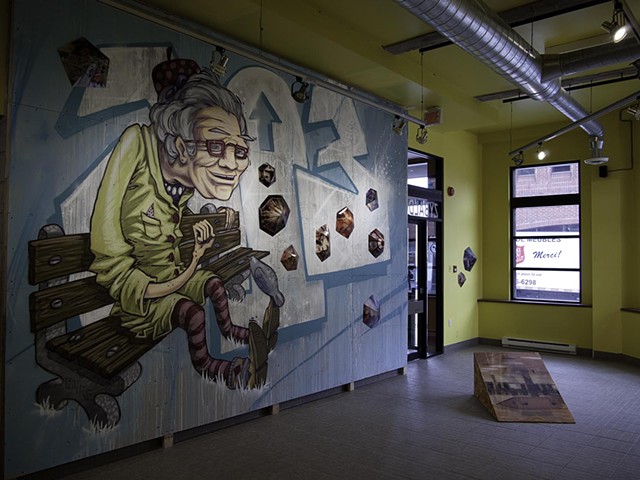 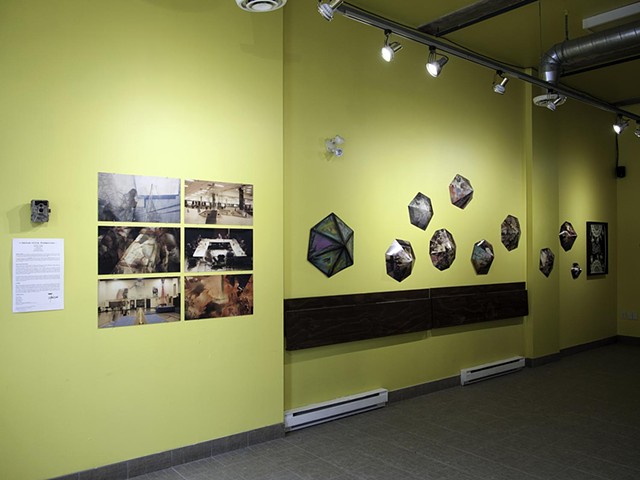 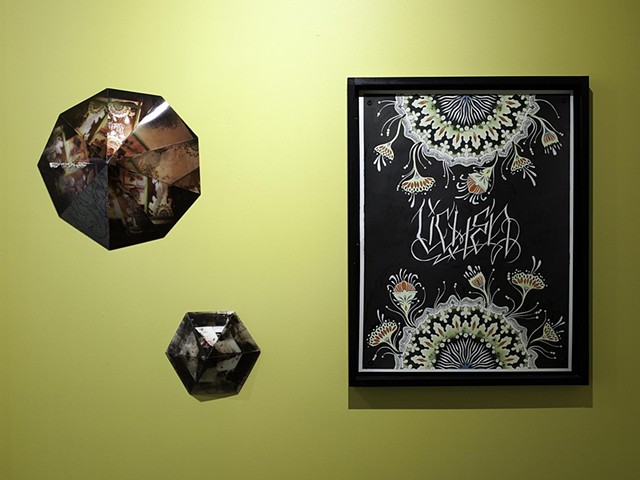 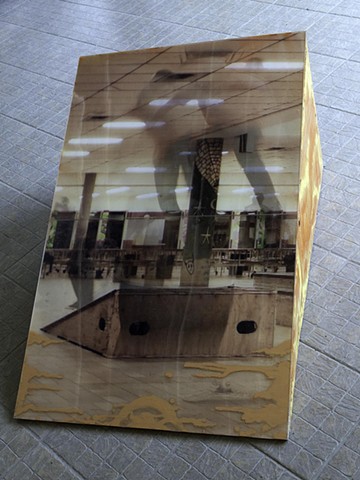 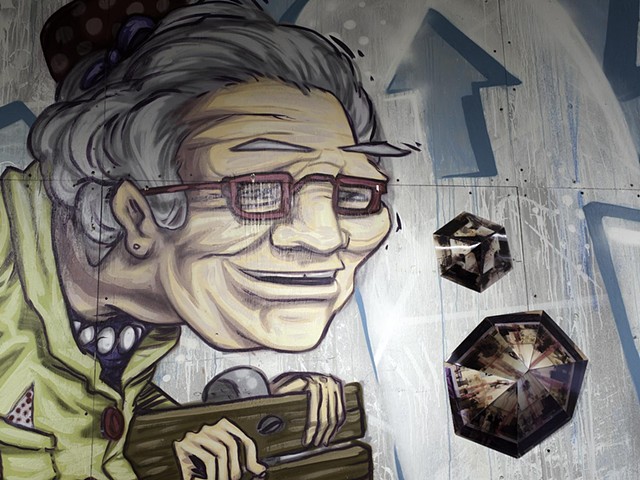 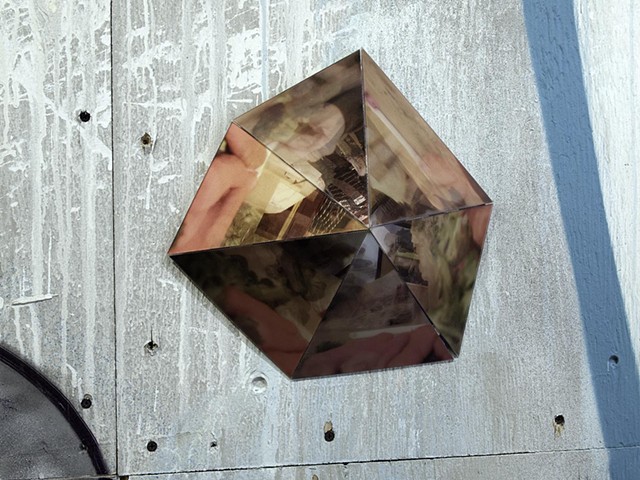 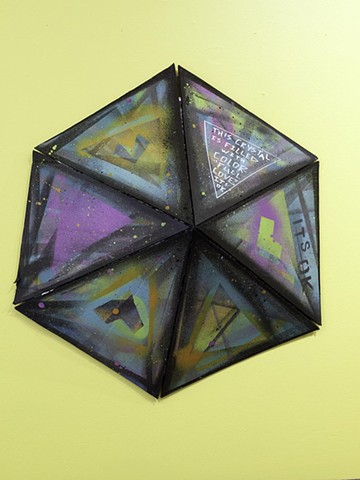 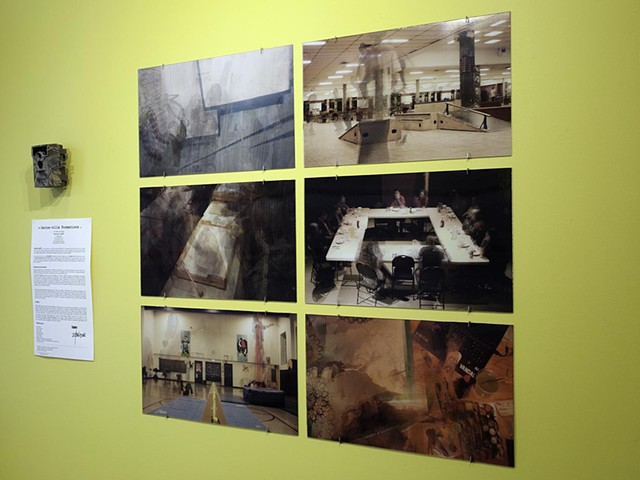 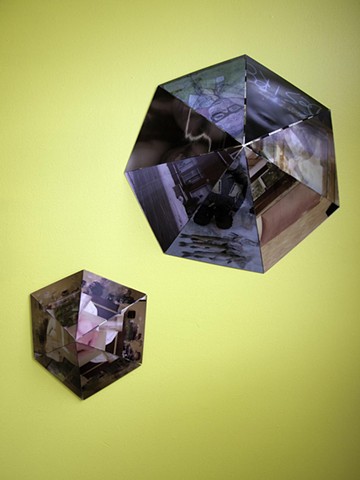 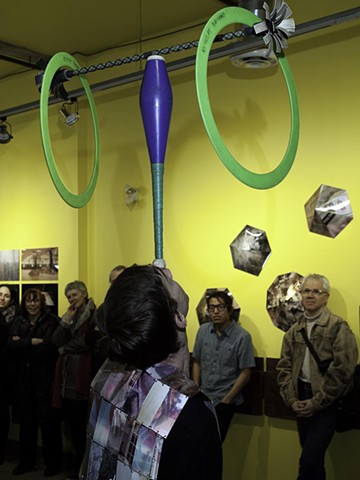 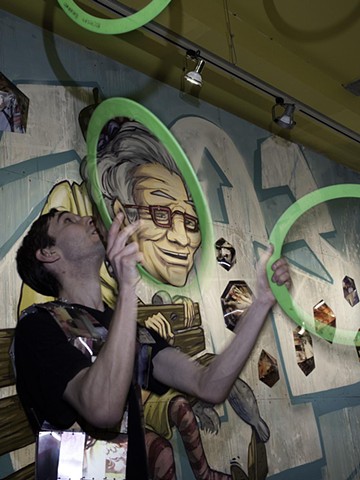